For those that are more familiar with acid based rust removing chemicals, know that RUST STOP working mechanism is completely different from them. Instead of removing the rust, its goal is to convert the rust to a black coating that prevents further rusting. RUST STOP can be applied to any rusted iron or steel surface. It converts rust into a protective black layer that seals moisture out and protects against future corrosion. In details, RUST STOP reacts with iron oxide (rust) and chemically converts it to a protective dark-colored stable material. To protect the metal from further rusting RUST STOP provides a protective primer layer. The overall chemical reaction converts rust into a stable, black protective coating.

RUST STOP is applied like a primer to rusted surfaces. Instead of the long process of removing the rust on larger surfaces, RUST STOP is applied over existing rust after simply removing the loose rust. This labor-saving process greatly reduces the time for cleaning. For Example: You may use RUST STOP after sand blasting as  pre-coating before painting or you may use RUST STOP where sand blasting is problem like ballast, water and oil tanks, cargo holds, hatch and deck

RUST STOP is environmentally safe, non-flammable, and safe to use.

DIRECTIONS FOR USE/ APPLICATION RATES AND DOSAGE RATES

Remove excess rust with a stiff, bristled brush. Clean and degrease the surface and let it dry. Apply rust stop with a brush or a roller. Larger surfaces are much easier to roll and brushes work well on smaller surfaces. Rust stop will dry in 20 minutes however it takes 24 hours to cure. If applying an oil-based top coat, wait 48 hours after the last coat to ensure it has proper time to cure.

Application of a second coating or painting will ensure proper rust conversion for outdoor. 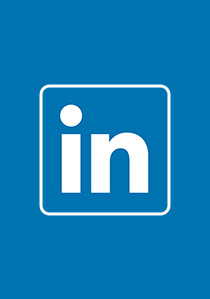